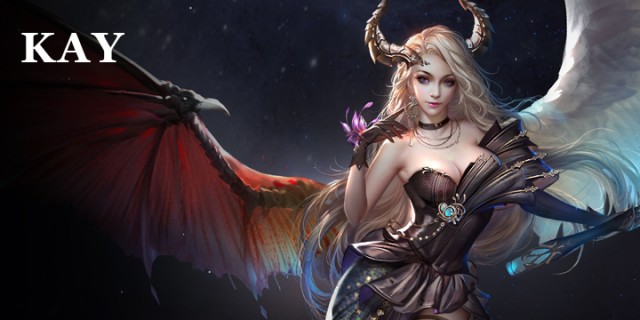 Kay is a young Angel with light power, hidden beneath her cute features is a weird personality. Her mood swings abruptly, many consider her psychotic.

Stranger still, Kay seem to be always connected to various missing person cases. As the rumors spread, leader of the Tempest Empire had to dispatch Loki to investigate.

After digging around, Loki found an astonishing truth——inside Kay, also lives her twin sister who has the power to control Shadow.

Normally, only one is in control, but rarely, when both are fighting for control the Light and Shadow interacts to create a void, pulling in unfortunate victims.

It is rare for an Angel to have two powers, her potential was noticed by Moira who guided Kay to use her powers for good.