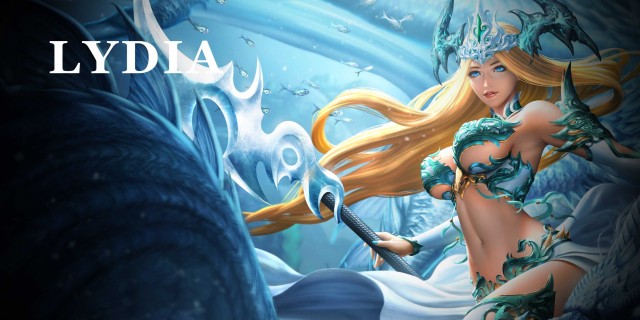 The Dragon race is the oldest race on Sapphire, stronger than all, it consists of  mostly silver and black dragons. Rare but powerful, they can cast spells as well.

At the time of her birth, a silver heavenly light shined upon Lydia, a rare and auspicious sign. She was the hope and pride of the Silver Dragons. Unfortunately, Lydia fell in love with Burns, who wanted revenge on the Silver Dragons.

Her love ended with the death of the Silver Dragon King and with Burns missing. Lydia learned the cruelty and falseness of the world. From then on she took up her father's mantle and formed the Silver Legion……