A powerful new hero of Midas Kingdom debuts in League of Angels II now! Enchantress, Disc of Creation, is the fifth Artifact hero in Midas Kingdom. She is known as a powerful healer, and she can compose the most heart-strring melody in the land. Enchantress will be available in X-server Resource Tycoon Apr. 16th to Apr. 21st. Hurry up to summon this powerful hero and make her fight for you!

Enchantress is known as a powerful healer. She can heal the entire squad and reduce enemy's rage. Let's take a look at her abilities. 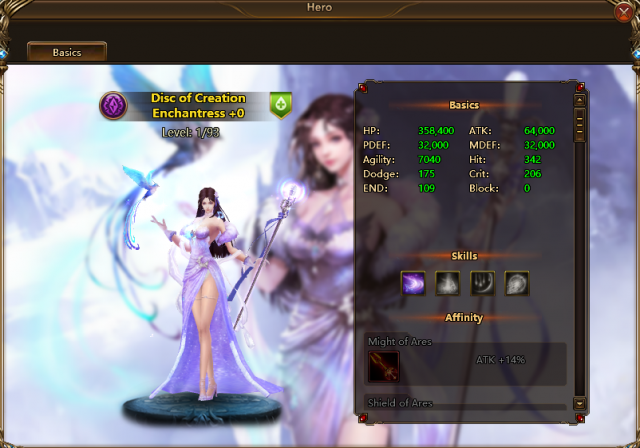 ①. When Enchantress is attacked, she heals herself and the ally with the lowest HP for 10% HP and increases Rage by 100; ②. Increase Enchantress' healing effects by 5% of her max HP.

Blood of the Angels (Prototype)

Hurry up to invite Enchantress into your squad. Play League of Angels II from Apr. 16th to Apr. 21st and join the X-server Resource Tycoon to compete for the powerful hero! Stay tuned for more contents and have a great time playing LOA II!