Angel Ostara: The Guardian Angel of the Earth and Sea

Rain was pouring down like tears soft and gently, hitting nor ground or land. Only the seas were feeling its pure and vibing sound of the eternal palming of raindrops on to the waves. Suddenly though, the skies opened, as if it was a miracle and as if the day was continuing its disastrous journey, an Angel appeared. Beautiful as beauty that we humans never accomplished to imagine, not even with our ideas. Fast as a blink of an eye, with her wand and her command, the land rises from the depths of the sea! Creating mountains high as her beauty and made the sea obeyed to her will and couldn't drown the land anymore. Ostara was the Angel's name, and after she gave birth to the earth lands and saved the Earth from the great calamities was now time to sleep and she slept, peacefully into the earth's core, thousands and thousands of meters below the ground were no sound could be heard nor mild nor gentle. Strong as Ostara is, she is recruited by the League of Angels. So, let’s learn more about her abilities now. 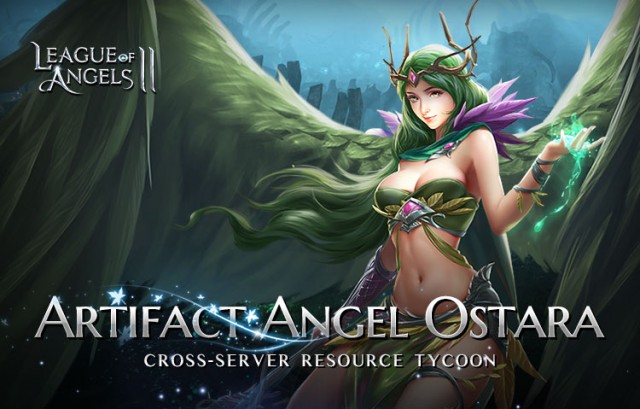 Ostara 's unique skill " Sprout " can Increase the ATK and DEF of the entire squad by 20% and greatly reduce the damage of all enemies for 3 turns. As currently players can deploy five angels at most, this new artifact angel will greatly boost the squad strength! Please note that Angelic Scroll – the special scroll is required to unlock extra Angel slots. 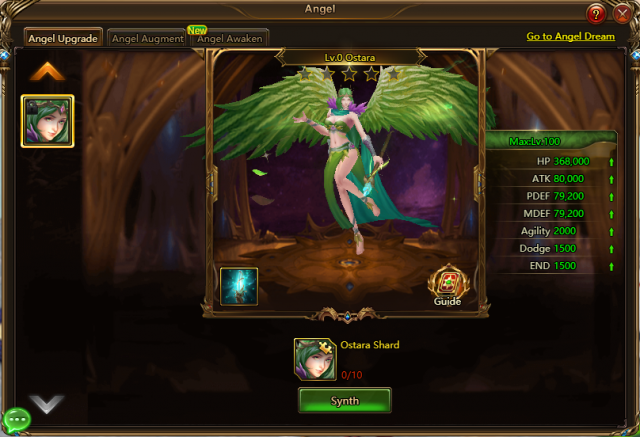 From July. 15th to July. 20th, Angel Ostara will be available in Cross-Server Resource Tycoon. Collect various resources and rank higher in the tycoon rankings, you'll have the chance to get this new Angel and many other resources. Hurry up to take Ostara to your squad! Play League of Angels II now and enjoy the simple joy!