Bariel, the first of the Angels, and the guardian of the Angels, and Nine gods created her with the tree of ajura. As the first of the nine saints, she has the most powerful force of the goddess race. There is no doubt that it is the most powerful force of the goddess family, and the magic comes directly from the gift of God King. It is almost endless, and the symbol of absolute rationality.

Bariel will be available in X-server Resource Tycoon from April. 14th to April. 19th. Hurry up to summon this powerful hero, be sure to make her become your alliance and fight for you! Having her, you will have a chance to get the second part of Crown of Time, Sacred Heart Band. 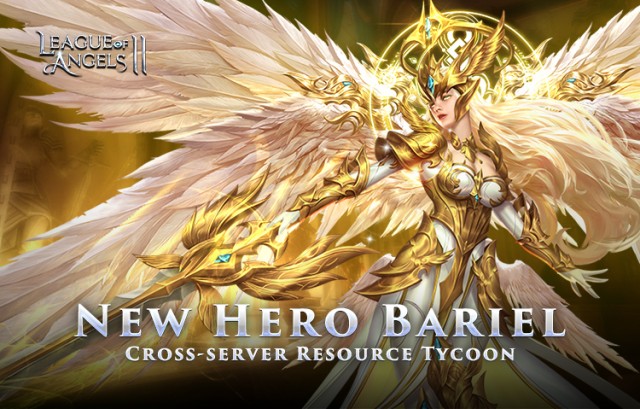 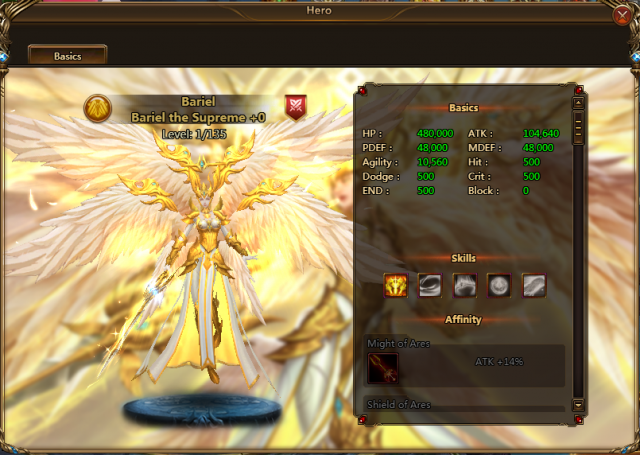 Supreme Heart
When Bariel is attacked, all allies have a 50% chance to gain a shield equal to 20% of her max HP for 1 round.

Sacred Heart Bracelet (Prototype)
①.Unique Effect "Bulwark": Increase DEF of all allies by 40% of Bariel's own DEF;
②. Bariel is immune to Rage steal and reduction effects;
③. At the start of battle, grant all allies "Redemption": the first time an ally with Redemption takes damage that would reduce their HP below 10%, they become invincible for 1 round.

First Angel
①.Immune to negative effects (Lv.1) and has a 50% chance to remove control effects (Lv.2) before performing an action each round;
②. At the start of battle, increase own max HP by 60% (this buff will reduce by 10% each round until it reaches 20%).

Hurry up to invite Bariel into your squad. Play League of Angels II from April. 14th to April. 19th and join the X-server Resource Tycoon to compete for this powerful hero! Stay tuned for more contents and have a great time playing LOA II!