Mythic Heroes have swept over Sapphire for a couple of months, gaining huge popularity with players thanks to their incredible skills and great growth potential. Meanwhile, Legendary Heroes like Alecta, Theresa, and Aphrodite lost their once dominant poisition. But now, they will have their chance to reclaim the throne!

Introducing the brand new Hero Evolve system! In this new system, Legendary Heroes can now evolve to Mythic and gain new skills! And Mythic Heroes can be evolved as well to enhance all their current skills! Check out the details below:

1. Requirement: Heroes at Augment +11 and above can be Evolved.

2. The first batch of Heroes that can evolve are:

3. Access: Open Hero Augment panel, and click on the “Evolve” button on the right of the prisms. 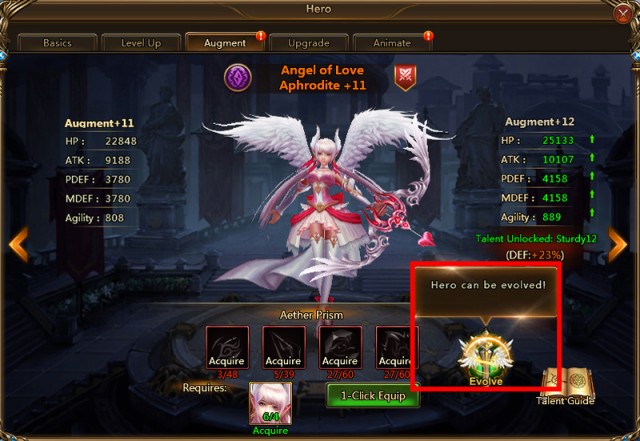 (1) Legendary Heroes will evolve into Mythic Heroes and gain 1 new skill and their original skills will be enhanced as well.

(2) Mythic Heroes will remain Mythic after evolving, but their skills will be enhanced.


(3) Hero’s initial Evo Level after evolution will be equal to their Augment level minus 11. 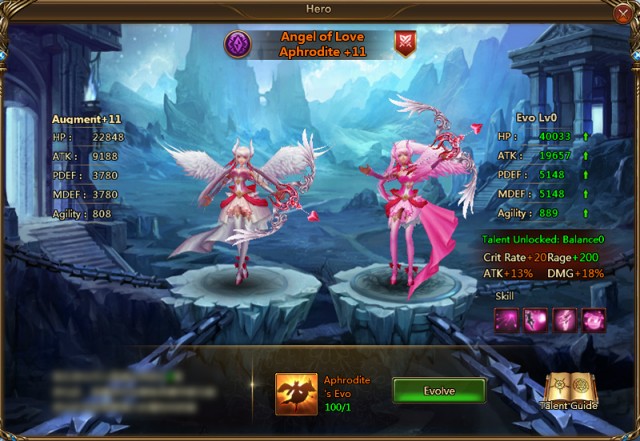 (4) For each Evo level upgrade, a Hero gains bonus to basic attributes and a special attribute.

(6) After evolution, the Evolve function will replace the Augment function for that Hero. 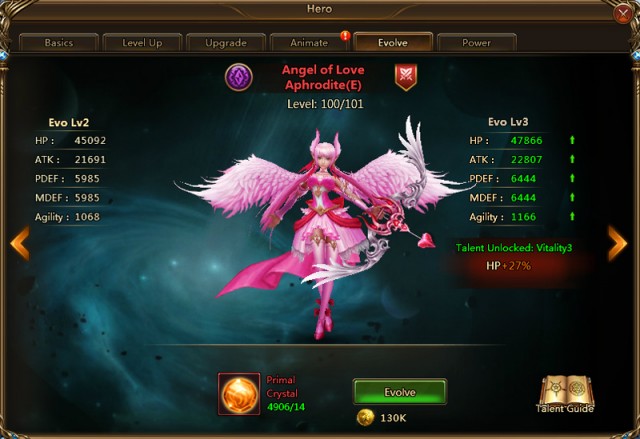 When Heroes are evolved, another mysterious Hero Progression system, Power, will be unlocked! 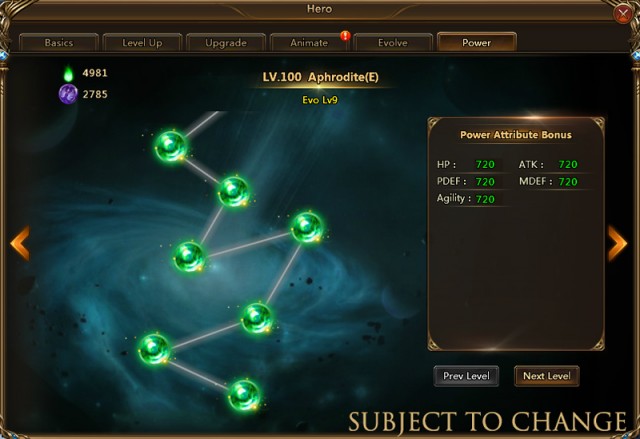 As you can see, Power appears as a line of linked nodes. Activating each node will grant attribute bonus, including value and rate bonuses to the hero. The progress of Power is subject to the level of Hero Evolution. Players need to activate the Power Nodes one by one.

The Mythic frenzy is continuing on Sapphire! Hopefully some of your favorite Legendary Heroes can now become Mythic and reclaim their glory on your squads! If not, don’t worry, more Heros will be added to the Evolve system soon! Play League of Angels II now and experience the best Web Game of 2016!