Grab your friends and start planning your tactics, League of Angels II has an exciting new mode for PvP fanatics! Introducing Team Domination, a brand new X-Server Team PvP mode where players must fight as a team in the most fierce competition LoA2 has ever seen! Can you and your comrades claim the glory of Champions?

【Eligibility】 Players level 45 and above. 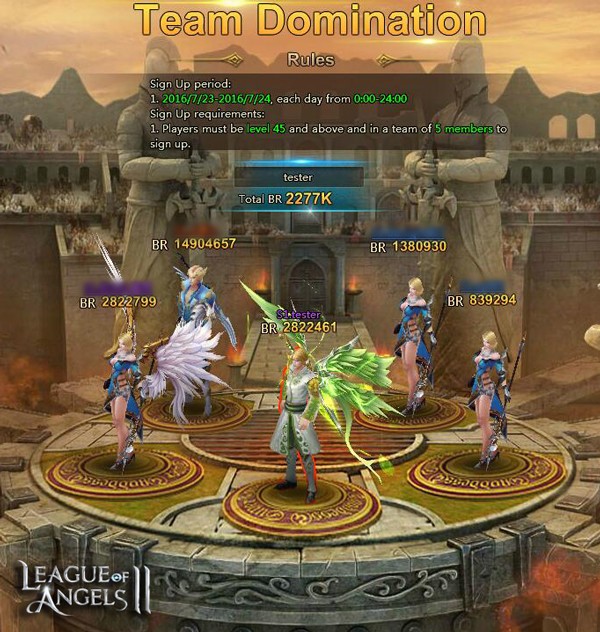 Team Domination requires a team of 5 players to participate, players can form teams with their friends or recruit from public channels (All members of a team must be from the same server). 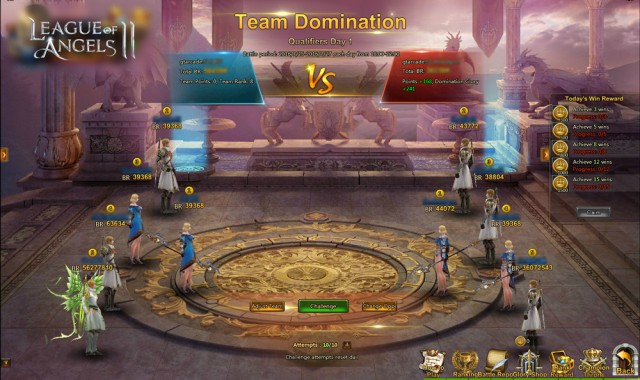 1)  After the sign up period, the next 5 days will be dedicated to competition matches. Each member of a team receives 5 free challenge attempts per day to use their team to fight rival teams (additional challenges can be purchased); other members do not need to be online for a challenge. 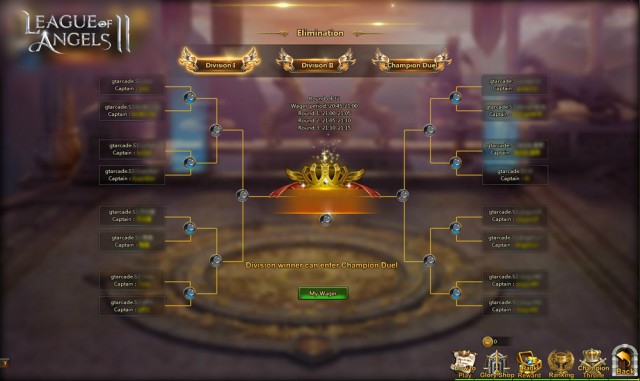 2)  Battles carry out according to the team’s Battle Sequence, which is the order of the team’s squads. The first member’s squad will start off against the first squad of the enemy team. A squad will be unable to fight once they lose or win 3 times in a row. Note: HP status of your squads do not reset from battle to battle until the challenge is over.

3)  Each loss will add a stacking buff for your team (increasing the stats of the next squad by a certain percentage). Each win will reduce this buff by 1 stack. Plan your battle sequence carefully! 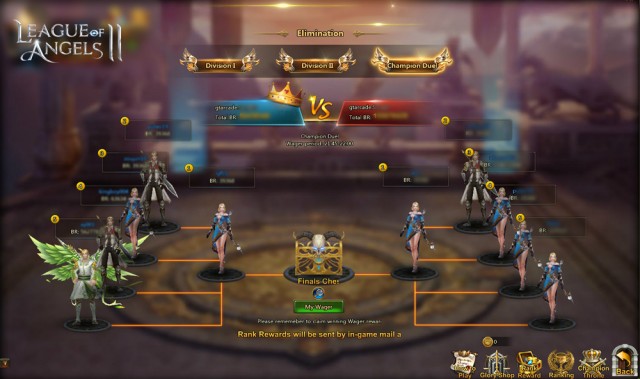 4)  To discourage non-full squads, squads with a full 5 heroes will receive a special buff (increasing damage and damage reduction).

3. Challenge Reward: Winning challenges will earn a certain amount of Points and Domination Glory (currency), while losses will earn half that amount. Rewards are divided into 6 levels: Champion, Elite, Top 4, Top 8, Top 16, and Top 32. 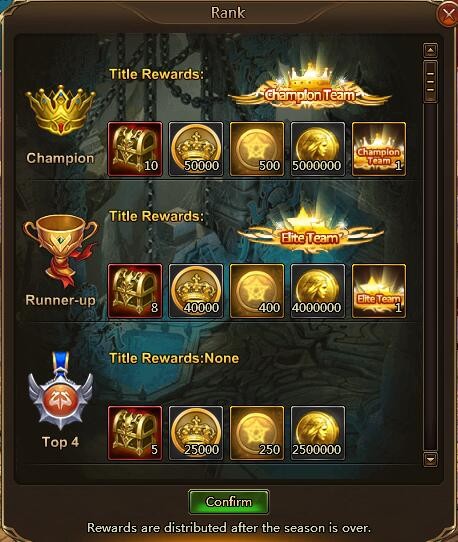 4. Point Ranking: Points earned by each member of a team is added to the team’s total. This total determines the team’s overall ranking in Team Domination.


The rewards for each season of Team Domination may vary. Main rewards for the first season are Mythic Equipment. Warriors looking to expand their Mythic collection should not miss this opportunity!

Last：Win the Naming Privilege of Server 500!