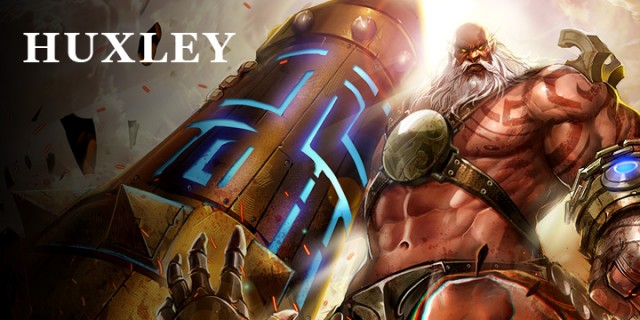 Huxley was once the best Human fighter, if not for him, Humans would have been wiped out before the Angels could have saved them.

In his later years, Huxley made a grave mistake. He approved Loki's Daemon Project. During the explosion caused by the project, Huxley was turned into a slow moving giant.  Repenting for his mistake, he chained himself to“Star Fall”and guards the gateway to the shattered dimension forever.