Isle of Doom: Fight for survival

An all new world-server gameplay called Isle of Doom is coming after the update V.3.12 of League of Angels II was released, which will surely bring you lots of fun. This new gameplay enables player to slaughter monsters, bosses and rival players distributed on the map in a limited time for great rewards, bragging rights and most importantly, more ultimate power! Cursed Mist will show up and fierce battles for survival and honors are looming ahead. Can you survive the Isle of Doom?

Requirement: Lvl. 85 and above

Entry :Click the “Isle of Doom” icon on the top of the screen during the event period.

Isle of Doom is a monthly competitive event that starts on the 8th of each month and runs for 20 days.

There are several matches daily and each will last 10 minutes. During the event period, players will be able to join solo or in a team of 2 to kill monsters, other players, and bosses to level up, get equipment and skill items to increase their power (only for the match) while earning points for rank rewards and ultimate victory.

▶Queue: Queue up solo or as a team of 2 and be placed into a lobby for the match.

▶ Kill Monsters and Rivals: Kill monsters and enemy players to level up while looting 1-use Skills, Equipment, and earning Points. Grow stronger as the match progresses to defeat your enemies.

▶ Escape and Survive: Flee from the cursed mist while challenging Bosses for more Points, EXP and high quality equipment.

Note: If a player queues up and finds a lobby, but declines to join, they will incur a Leaver's Penalty (unable to join any matches for 10 minutes). 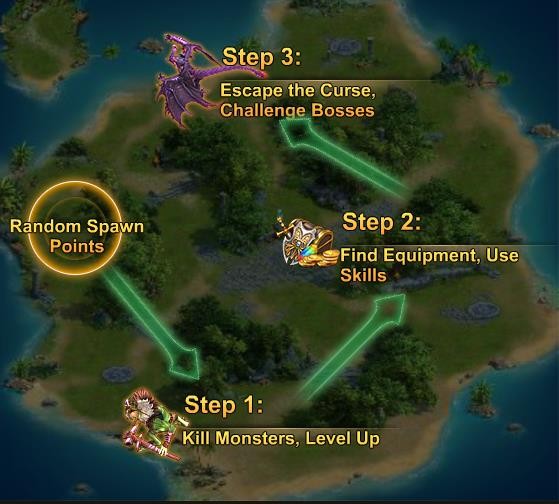 Each match lasts 10 minutes and is broken down into different phases.

1. First 30 seconds - Preparation phase:Players have 30 seconds to prepare when a match begins. Players can only move within a small area during this period.

Note: If a player leaves in the middle of a match, they will automatically be placed in last place and incur the Leaver's Penalty. There are no penalties for leaving after a player has died during Sudden Death mode. 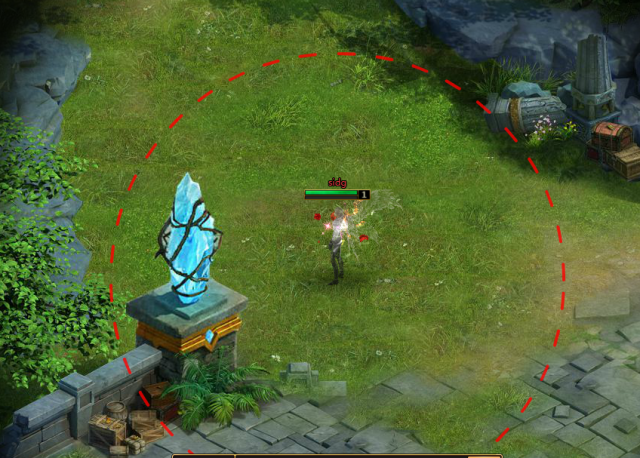 2. First 5 minutes: General PvE/PvP: Defeat monsters and enemy players that have similar power or level to yours around the battlefieldfor points, 1-use skills, EXP, and equipment to get the advantage on the Isle of Doom. 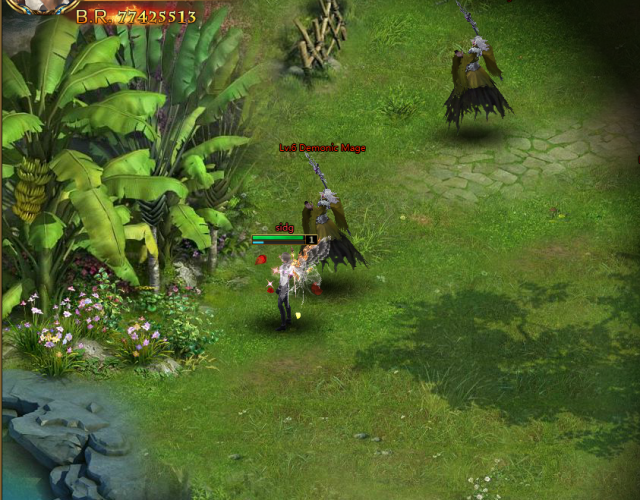 Note: Higher level monsters or players give more points and EXP when you defeat them. Skills and Equipment will drop randomly from the monsters. Fail a challenge and you will have to wait 20 seconds to respawn. Each loss will deduct from your EXP, plus a chance to drop any items you are carrying. Therefore, challenge monsters or enemy players wisely. 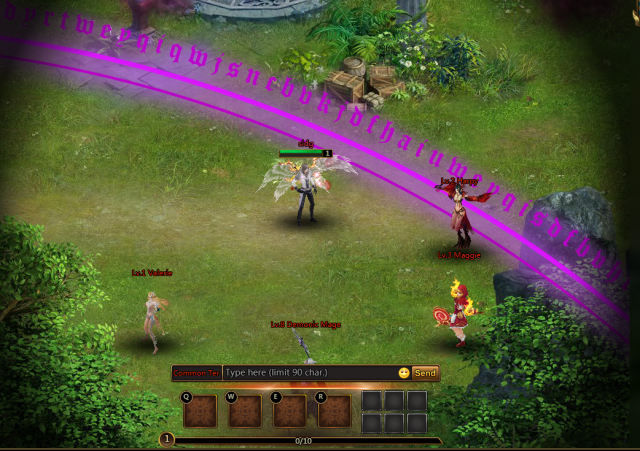 4. 8-Minute Mark  - Boss Challenge phase:At the 8-minute mark, a Boss will spawn on the battlefield. It will drop all kinds of high quality items, and reward tons of points and EXP when killed.

5. 9-Minute Mark  - No Respwan:At the 9-minute mark, the match changes to Sudden Death mode and players will no longer respawn after being killed. 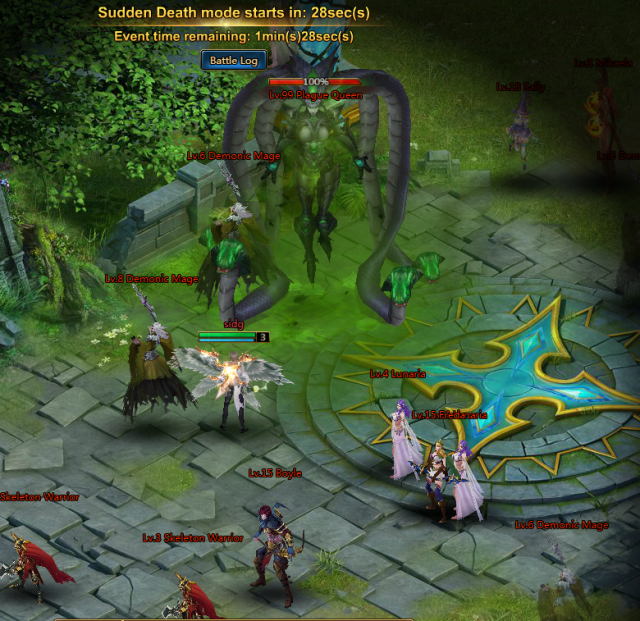 EXP: Killing monsters, enemy players and the boss will all reward EXP. EXP is used for leveling up in Isle of Doom.

Skills are randomly dropped from the monsters and can be used like items. The detailed skills are below.

1. Light Shield: Gain a shield of light for 5s that prevents enemies from directly attacking or using skills on you.

3. Flash: Teleport to a target location within 500 range.

4. Shadow Meld: Become invisible for 10s, invisibility is broken if you attack or use a skill.

Equipment: Equipment in Isle of Doom will give you an edge during the match by increasing your attributes like ATK or increasing how many points you get per kill. 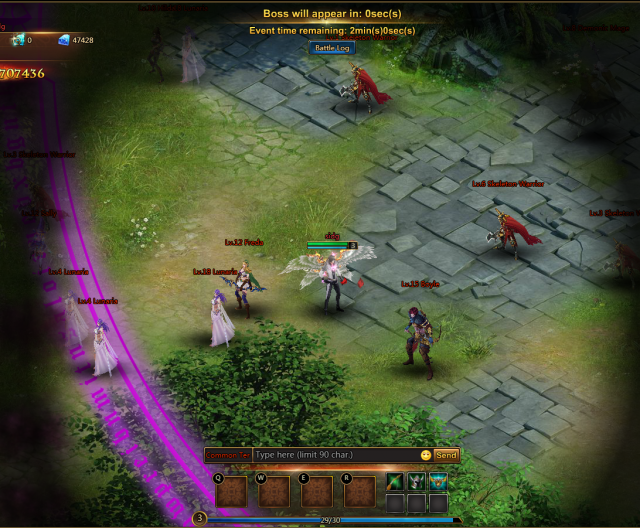 Point: Players earn points by defeating monsters, other players, and bosses. Players will be ranked based on the points they earned by the end of the match. A player’s first 3 matches of each day is the most pivotal for them. Collect as many points as you can during the event period to get higher rankings.

Soul Reaper: Can be obtained from the ranking rewards and used to buy items from the Isle of Doom shop.

Sacred Cross: Can be obtained from the Division rewards and used to buy items such as Ancient Weapon shards from the Isle of Doom shop. 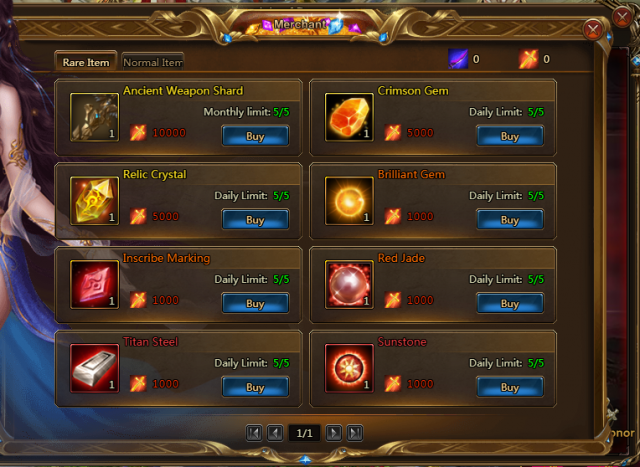 1) Division Reward: Players can collect a reward when reaching a specific division for the first time each season. The rewards are resource chests, Soul Reapers and Sacred Crosses.

2) Ranking Reward: If you are ranked in a match , you can earn a ranking reward in the form of Soul Reapers.

Others details that players should to know：

1. Kill monsters to get random equipment and skill items.

2. Skills are 1-use active effects while equipment give passive attributes or effects (+lifesteal, +points from kills).

3. Whenever a player is killed, each of their equipment has a 50% chance to drop.

4. Players can only carry 1 of each type of equipment and skill.

5. Players will lose EXP when they are defeated. Kills or assists (attacking a player within 10s of their death) will reward EXP. Killing higher level players will reward more EXP.

7. Players will get points for killing monsters and other players, which can be increased with point bonus effects on equipment.

8. At the end of each match, the participants will earn rewards based on their match rank. A player’s first 3 matches of the day will also give a bonus reward of Soul Reaper*2500.

9. The amount of Soul Reapers that players can earn in a day from playing matches is 15000. Once the limit is reached, players will no longer get Soul Reapers from matches.

1. There is a new season each month and divisions reset each season.

3. Starting from a player’s 4th match of the day, coming in at rank 1-8 will earn them a promotion, rank 9-14 will have no change on their division, and rank 15-20 will result in a demotion. 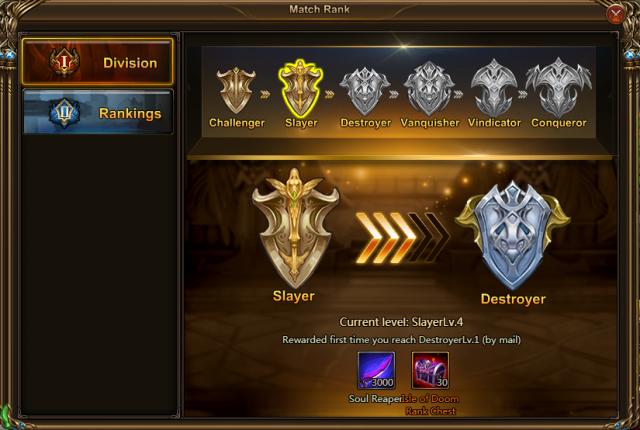 League of Angels II is taking PVE & PVP to a whole new battleground with Isle of Doom! New challenges are waiting for you to face and conquer! Will you be the last warrior standing in the first season of Isle of Doom, starting on Dec. 8th? Good luck and may the Angels be on your side! More exciting content is coming soon, so stay tuned! As always, please enjoy yourselves in League of Angels II!