Decorate Horse Arrives: Watch out for its Ruse!

Christmas is still a few weeks away, but Santa just couldn’t wait to bring you some early Christmas joy with his first surprise - Decorate Horse!

Decorate Horse was once a discarded wooden horse until Santa came across it and saw its potential. Santa took the broken toy horse back to the North Pole and had his elves fix it up better than new, and then covered it in festive decorations for the season. It was also imbued with a mighty power to aid the righteous in their fight against the wicked. Now Santa has sent Decorate Horse south to help bring peace to all of Sapphire for the holidays!


As an Artifact Mount, Decorate Horse is not just for show. It provides a very powerful defensive buff for your squad, and has a devastating debuff effect on enemies when gracing your heroes.
Take a look at its skills below:
Mischievous Celebration (Max Level): Increase DR, DEF and END of entire squad by 19.5% for 5 rounds.


Trojan Ruse (Max Level):
Attacks from Heroes apply a "Trojan" effect to their target.
1. Basic attacks apply a Trojan effect that increases target's ATK by 5.6%, but causing the target to lose 12.5% of their max HP each turn for 2 turns (this effect ignores immunities and cannot be dispelled, the HP lost cannot exceed 100% of the ATK of the hero applying the effect).
2. Normal Skills apply this Trojan effect to all targets hit, but only lasts 1 turn. The two Trojan effects do not stack with one another. 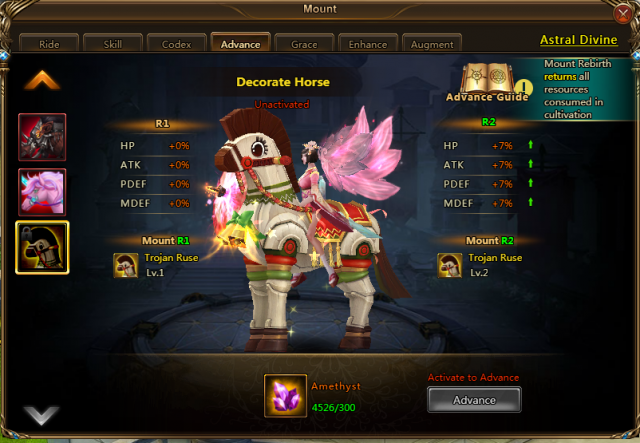 Decorate Horse will be available in a new event called Treasure Grab from Dec. 8th to Dec. 10th. If your on Santa’s Nice list, you might be lucky enough to obtain your own Decorate Horse! Enjoy the holidays and all the new content in LoA2!

A new function called Ancient Arm are newly added to the Equipment system. Ancient Arm enables you to make full use of your old equipment to greatly increase the attributes of your entire squad in all aspects. Let’s see your battle rating soar with Ancient Arm! Read more about this feature below. 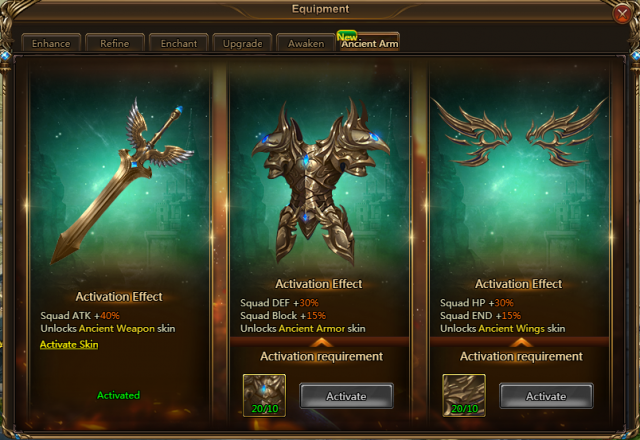 Requirement: Lvl. 110 and above

Description:
There are three Ancient Arm skins await you to activate. Satisfy specific conditions and players can activate corresponding Arm skins. Each Activation will grant players different attribute bonus for your entire squad. 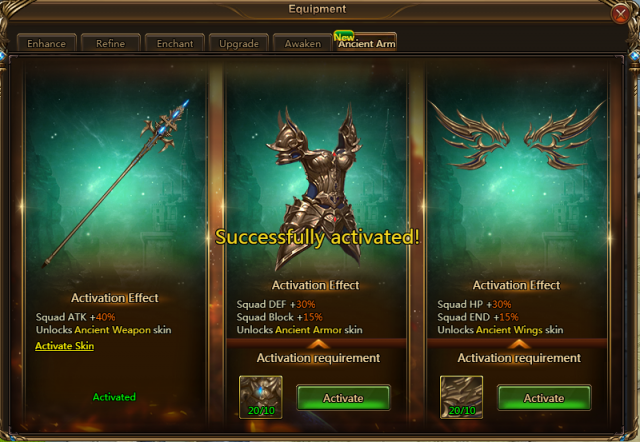 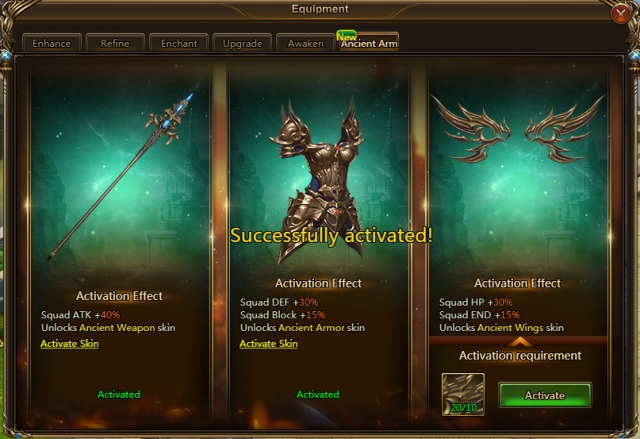 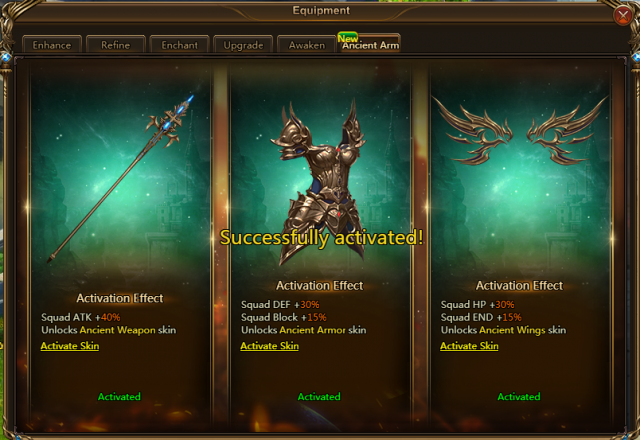 So which one should you activate first? It’s based on what your squad is lacking. Join each season of the related competitive events to get Ancient Arm shards and unlock the true power of your gear! Stay tuned for more great content coming to League of Angels II!

Next：Isle of Doom: Fight for survival