Guilds are what brings players from far and wide together to strive towards a common goal. With a guild, you are never alone on Sapphire. A brand new Guild Event called Guild Mission will be coming with the new update 3.15 for League of Angels II. You now have another opportunity to strengthen your guild camaraderie and claim glory and riches like Fading Diamonds using your teamwork!

Requirement: Lv. 45 and above, Guild with 50 or more Active Members.
Access: Click on the “Guild” button and find the “Guild Mission” to enter.

Guild Mission is a World-Server guild event. The Heads of all guilds with 50 or more active members can sign up for this event. After signing up, all guild members can select the tasks to complete and obtain points.
Note: Players that join a guild after it has signed up will not be able to participate in this event.
▶ Complete Missions and Get Points
During the Event period, there will be multiple missions with different points for all guild members to take on. Members must complete those missions within a specific time to get points. Accepting each mission requires using 1 attempt. Guilds in different Divisions have different number of Free Attempts. 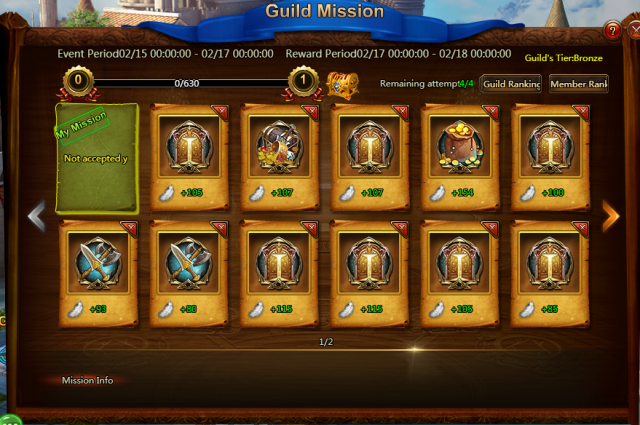 
Diamond: 9 free Mission attempts, can claim up to 18 Tier rewards.


The top 3 ranked members of each guild (according to points) will get a rank reward (if the guild qualifies). 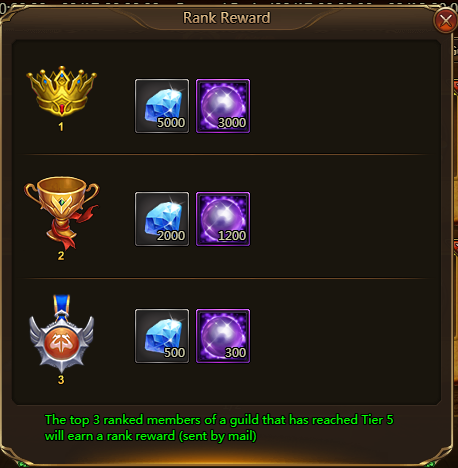 Tier Rewards:
All members can choose one item of each Tier reward to claim when their guild reaches specific Tier.
The higher the tier, the better rewards player will obtain. 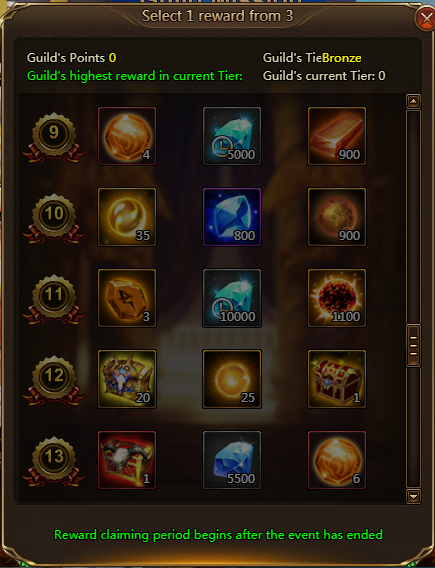 At the end of the event, Guilds with the same Division from World Server will be put into groups of 12 to compete. Guilds that reached the required Tier and ranked top 3 in their group will be automatically promoted 1 Division for the next Guild Mission event.
However, there is also a demotion rule and Guilds ranked in the bottom 3 will be demoted 1 Division for the next event.
Note: If a division group has less than 6 guilds, there will be no auto promotion or demotion.

Are you up for this new challenge? The first Guild Mission event will begin on Jan. 21st. Answer the call and show the world that you are in the greatest guild on Sapphire! Stay tuned for more great content coming to League of Angels II!

Last：Write Your Own “Winter Sonata”