A powerful new hero of Celestial Kingdom shows up in League of Angels II now! Valorian, Disc of Creation, is the fourth Artifact hero in Celestial Kingdom. Valorian will be available in X-server Resource Tycoon Feb. 14th to Feb. 19th. Hurry up to summon this powerful hero and make him fight for you!

Valorian is known as a great damage dealer. This born killer can deal tons of damage in a very short time. Let's take a look at his abilities. 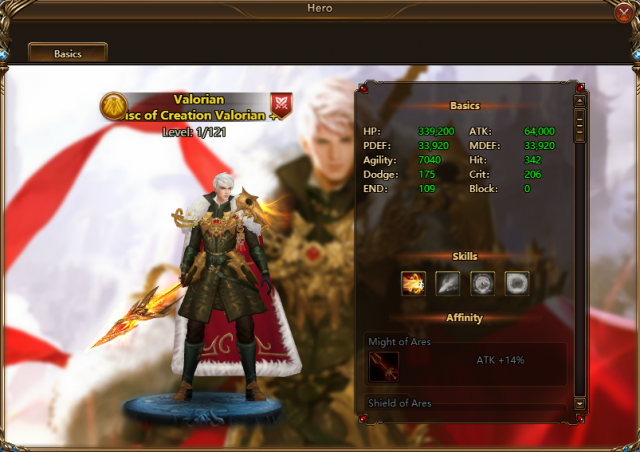 When Valorian is hit by a Crit, every ally has a 50% chance to gain a shield equal to 20% of Valorian's max HP for 1 turn.

①. Unique Effect "Bulwark": Increase DEF of the entire squad by 30% of Valorian's DEF; ②. Valorian is immune to Rage stealing or reducing effects; ③. At the start of the battle, cast "Salvation" on the entire squad, the first time an ally with salvation takes damage that reduces their HP below 10%, they will become invincible for 1 turn.

Hurry up to invite Valorian into your squad. Play League of Angels II from Feb. 14th to Feb. 19th and join the X-server Resource Tycoon to compete for the powerful hero! Stay tuned for more contents and have a great time playing LOA II!

Next：Valentine's Day: Special Mount and Clothing for You!