Ancient Tyrant, a powerful dinosaur, comes to afar to join in warriors on Sapphire to fight against evils. It looks fierce and irritable, but it has a great sense of justice and fears no evils. It will show up in upcoming Angel's Fortune from Feb.  20th to Feb. 22nd. Let's take a closer look at this mount.

Ancient Tyrant is an Artifact Grade mount. His Grace skill Terrorizing Roar can reduce the DEF of all enemies which will help you greatly in battle. 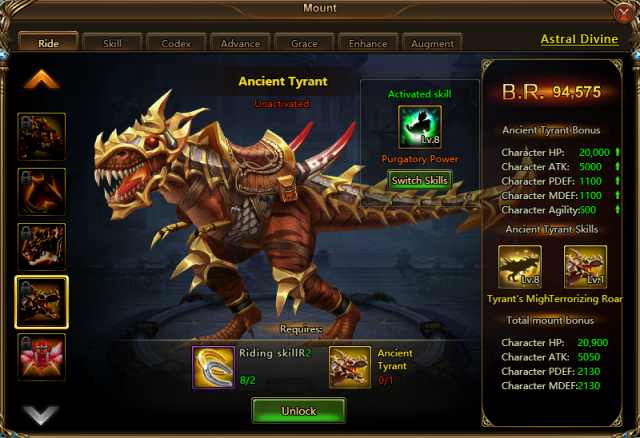 Reduce the DEF of all enemies by 18.75% for 2 round; at the start of battle, reduce the ATK of the enemy with the highest ATK by 22.5% for 1 round; both effects ignore immunities and cannot be dispelled.