A powerful new hero of Tempest Kingdom debuts in League of Angels II now! Alucard, Disc of Ruin, is the fifth Artifact hero in Tempest Kingdom. Alucard, soul of an ancient vampire lord in the body of a 25-year-old male, the owner of Blood Clan Realm. He is known as a powerful Damage Dealer, and achieve true immortality is his creed. Alucard will be available in X-server Resource Tycoon from June. 14th to June. 19th. Hurry up to summon this powerful hero, make him become your alliance and fight for you! Having him, you will have a chance to activate Disc of Ruin, the last part of Blood of the Pure. Don’t miss the cherish chance to get the powerful Legendary Relic - Blood of the Pure. 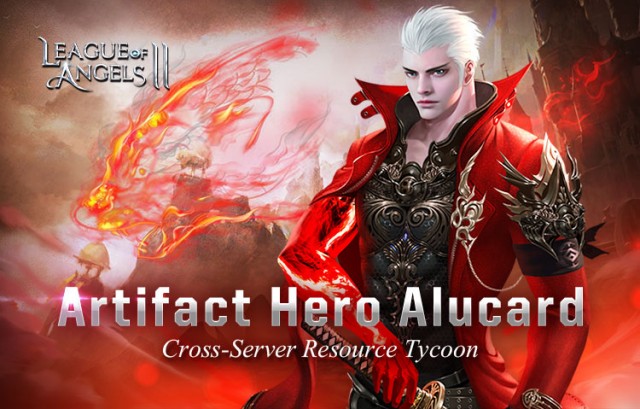 Re-born as a powerful Damage Dealer, his “blood” skill can frighten the enemies and and deals massive damage to his enemies. Let's take a look at what he can do. 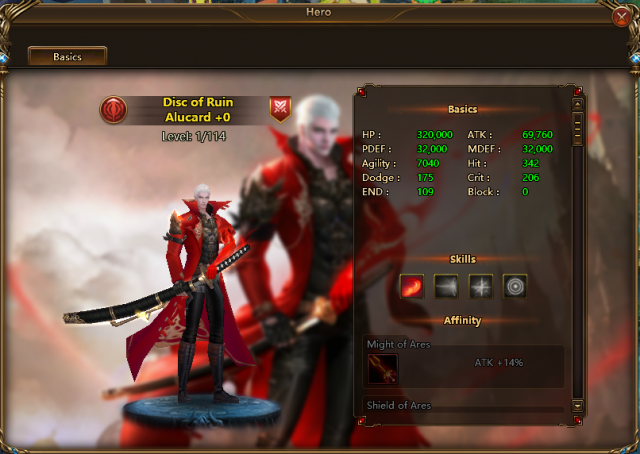 
For every 10% of max HP lost, increase own ATK by 10%; all healing received will be coverted into a "Blood Shield" (total shield value cannot exceed Alucard's max HP).


Disc of Ruin (Prototype)
①. Unique Effect "Charge": Increase the ATK of the entire squad by 30% of Alucard's ATK;
②. Alucard is immune to Rage stealing and reducing effects;
③. All of Alucard's attacks and skills also deals DMG equal to 10% of the target's max HP.


Crimson Blade! Hurry up to invite Alucard into your squad. Play League of Angels II from June. 14th to June. 19th and join the X-server Resource Tycoon to compete for this powerful hero! Stay tuned for more contents and have a great time playing LOA II!