Have you ever seen such a Llama before? League of Angels II introduces a special mount for June which is called Majestic Llama. This mount is a crazy but handsome llama. Ride on it to start your fantastic journey! Majestic Llama will show up in upcoming Angels Fortune from June. 22nd to June. 24th. Let's learn more about what this llama can do. 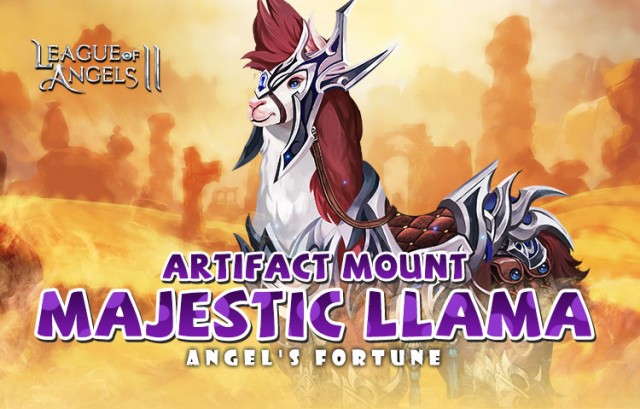 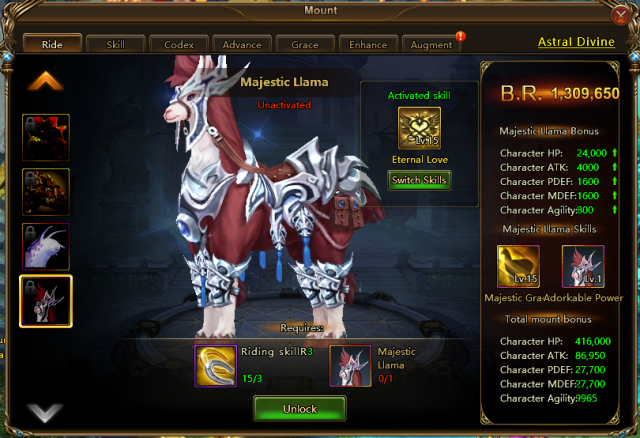 ①. Restore 140 Rage when performing an action each round.
②. At the start of each round, increase the DR of the ally with the lowest HP by 35% for 2 rounds.
③. When you die, restore 35% HP and 300 Rage of your own to the entire squad.