Nebula, the youngest captain of all time, is an expert in interstellar travel and hot weapons combat. Nebula signed up for the military school to escape the fight both with open and secret means happening in her royal family. Intellectual as She is, she has completed the course in 9 years which normally takes 16 years to complete. When fighting the Void Titan's fleet army, Nebula opened the Space-time folding and came to Sapphire. Aiming to find fuel energy, she became a mercenary and formed an alliance with the Angels. The day when the Angels are able to re-emerge is the day when Nebula returns to the Black Knight planet. Nebula will be available in X-server Resource Tycoon from Aug. 15th to June. 20th. Hurry up to summon this powerful hero, be sure to make her become your alliance and fight for you! Having her, you will have a chance to activate 5 chapter of Echoes of Doom, and then restore the Stellar Contact, the first part of Galactus Eternus. Don’t miss the cherish chance to get the powerful Legendary Relic - Galactus Eternus. 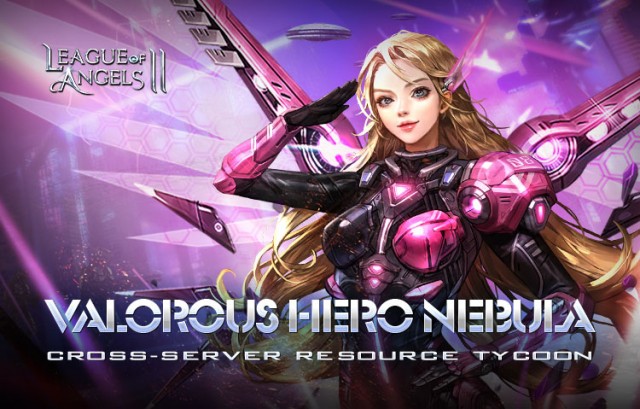 Born as a powerful Damage Dealer, her talented skills can frighten the enemies and and deals massive damage to enemies. As our first debut valorous hero, she has one more skills than other artifact heroes. So now, let's take a look at what she can do immediately. 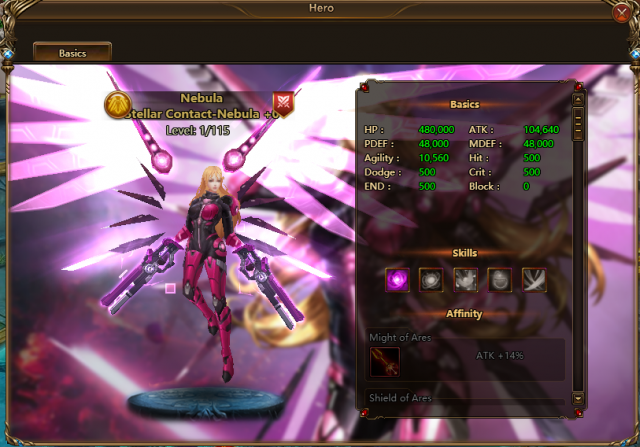 ①. Nebula is immune to Lv.1 negative effects and has a 50% chance to dispel Lv.2 control effects before performing an action each round;

Maximum Barrage! Hurry up to invite Nebula into your squad. Play League of Angels II from Aug. 15th to Aug. 20th and join the X-server Resource Tycoon to compete for this powerful hero! Stay tuned for more contents and have a great time playing LOA II!