Ember is the older sister of Enchantress. After their parents passed away, they were bought by a spy organization on some black market. After then, they were trained to be real spies. When they reached adulthood, Ember was sent to the ballroom of Highgarden city and officially became a spy. Ember uses her intelligence to collect information and passes to her sister Enchantress. Now this fabulous Ember will be available in X-server Resource Tycoon from Oct. 15th to Oct. 20th. Hurry up to summon this powerful hero, be sure to make her become your alliance and fight for you! Having her, you will have a chance to get the second part of Galactus Eternus, Mirage Band. 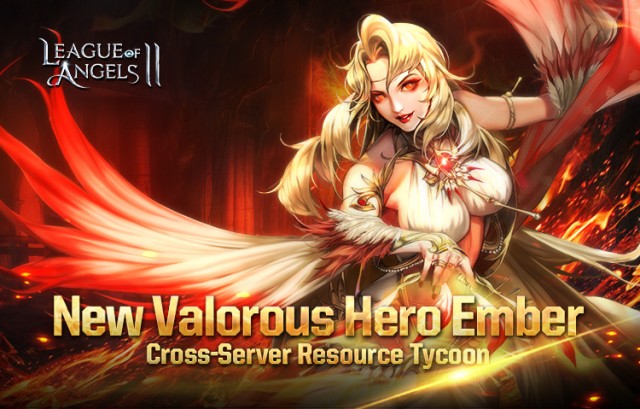 Belongs to Midas Kingdom, and as a powerful Damage Dealer, Ember’s talented skills can frighten the enemies and deals massive damage to enemies. As our second valorous hero, she has one more skills than other artifact heroes. So now, let's take a look at what she can do immediately. 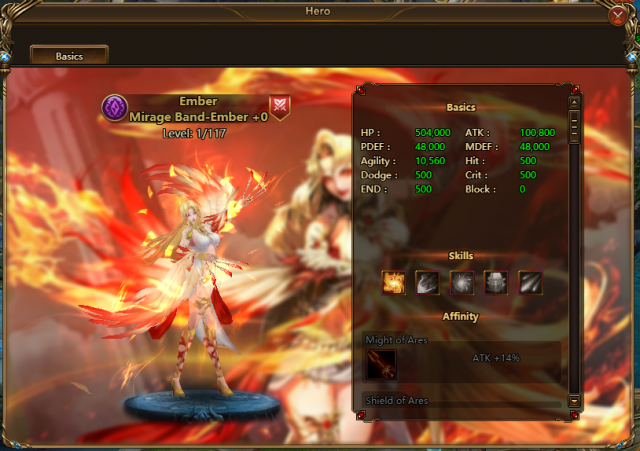 Chain of Feathers-Normal Skill
Deal (417%+15530) DMG to enemies in a vertical column and inflict a stack of "Burning Feather" debuff, reducing their DEF by 10% and causing them to lose 5% max HP per round for 3 rounds (this effect stacks up to 3 times and ignores Lv.1 immunities and dispels).

Feather Armor-Passive Skills
Ember uses her feathers to protect herself, reducing damage received by 20% with a 20% chance to fully block damage; enemies that attack Ember are inflicted with a stack of "Mesmerize", reducing the attacker's ATK and Crit by 10% per round for 2 rounds (this effect can stack up to 2 times and ignores Lv.1 immunities and dispels).


Mesmerizing Dance-Passive Skills
①. Ember is immune to Lv.1 negative effects and has a 50% chance to dispel Lv.2 Control effects from herself before performing an action each round;
②. Ember deals 30% bonus damage to enemies under control effects.


Dance of Flames! Hurry up to invite Ember into your squad. Play League of Angels II from Oct. 15th to Oct. 20th and join the X-server Resource Tycoon to compete for this powerful hero! Stay tuned for more contents and have a great time playing LOA II!