Aureole will be available in X-server Resource Tycoon from Dec. 15th to Dec. 20th. Hurry up to summon this powerful hero, be sure to make her become your alliance and fight for you! Having her, you will have a chance to get the second part of Galactus Eternus, Mirage Band. 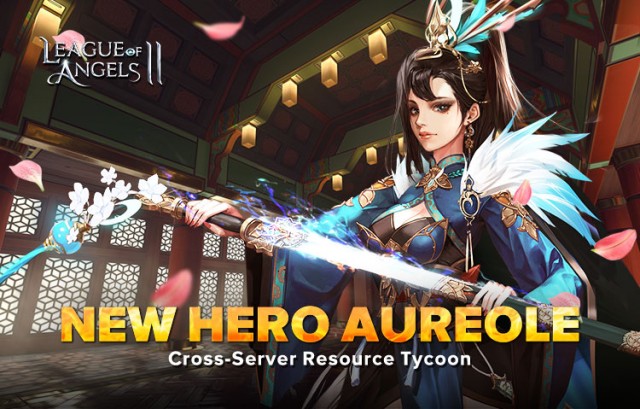 Belongs to Tempest Kingdom, When Aureole was an adult, she visited famous swordsman masters from all over the place. She reached the continent of Saint Grace finally and worshipped the Zen Buddhism as a teacher. So now, let's take a look at what she can do immediately. 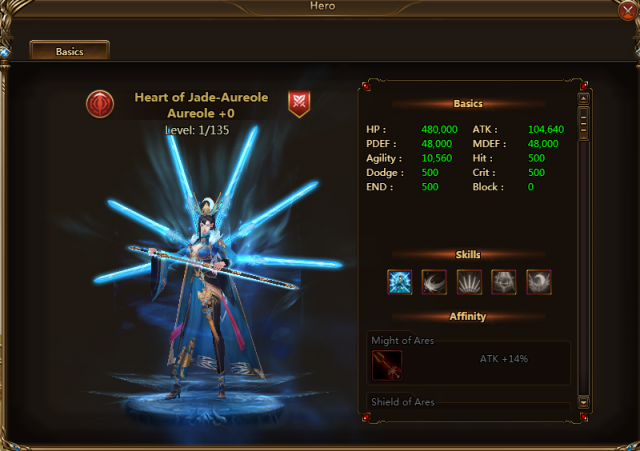 Celestial Strikes
Attack the enemy with the lowest HP 6 times, dealing 587%+21870) total DM; each attack has a 25% chance to instantly kill if target's HP is below 20% (this effect ignores damage immunity). If the target dies before all attacks have been made, attack the next lowest HP enemy, until all 6 attacks have been dealt. Also reduces target's healing effects by 60% for 2 rounds.

One with the Blade
Each time Aureole kills an enemy, restore 300 Rage and increase Crit and Crit DMG by 15% until the end of battle (this effect can stack up to 3 times).

Blade Soul
① . Aureole is immune to negative effects (Lv.1) and has a 50% chance to dispel control effects (Lv.2) before performing an action each round
② . Aureole deals 30% more damage to targets below 50% HP.

Hurry up to invite Aureole into your squad. Play League of Angels II from Dec. 15th to Dec. 20th and join the X-server Resource Tycoon to compete for this powerful hero! Stay tuned for more contents and have a great time playing LOA II!