The long-awaited cross-server PvP mode has come to bring you new challenge. X-Server Expedition is a grand warfare among all guilds in all servers. Each member in your guild will take his/her responsibility to fight for guild honor. Strong or less strong, move forth with your brave heart. For Guild, let's fight! 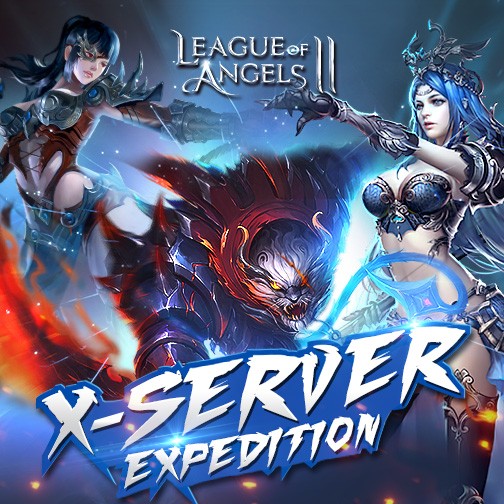 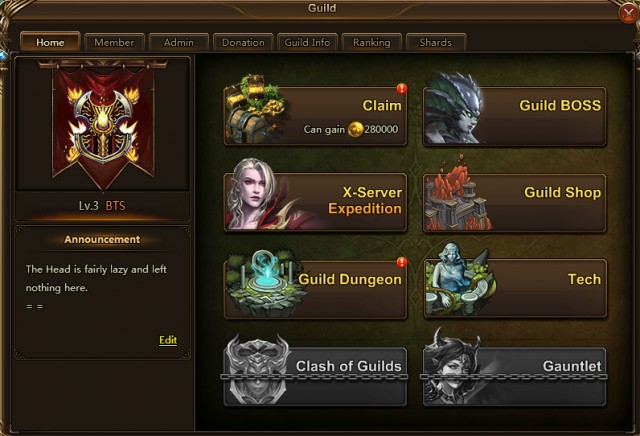 Requirement:
- For Guild: Lv.2 or above Guilds with at least 5 participating members can select a guild to challenge.
- For Guild Members: Only members Lv.45 or above and have not been offline for over 3 days can participate in attack and defense. Members must qualify before starting battle, and not during. 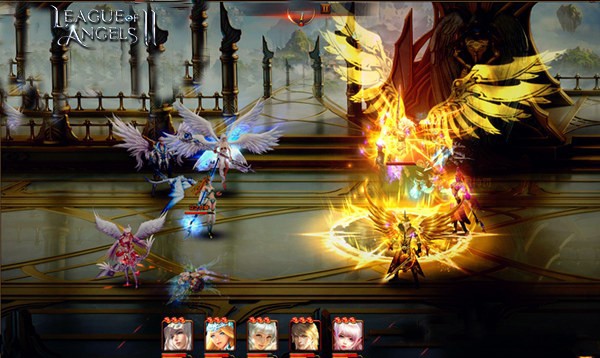 Rules:
1. Guild Head or Deputy Head can select a guild to challenge. Before starting battle, Guild Head or Deputy Head can accept Expedition Tasks. To complete Tasks, the objectives must be completed AND the Guild must achieve victory.
2. Guilds gain 1 challenge attempt each day at 12:00AM.
3. Members can get 6 attempts to challenge opposing guild members, a win will deduct 35% Energy from opponent, a loss will deduct a small amount. Defeating the same opponent will deduct less Energy each time. When opponent's Energy reaches 0, they will be dead. Once all opposing guild members are dead, your guild will be the victor.
4. Defender's data is updated each day at 12:00AM.

Next：Lucky Tree: Get Your Eternal Equipment!