Enjoy the Best Easter Holiday in League of Angels II

Easter Day, the day for family and friends to enjoy the feast is now coming! League of Angels II is happy to celebrate this special festival with all of YOU!

Except the adorable mount Dash O’Hare released last week, we also prepared the brand new Easter Clothing and Soul Arm for you to aid you in the upcoming battleground! 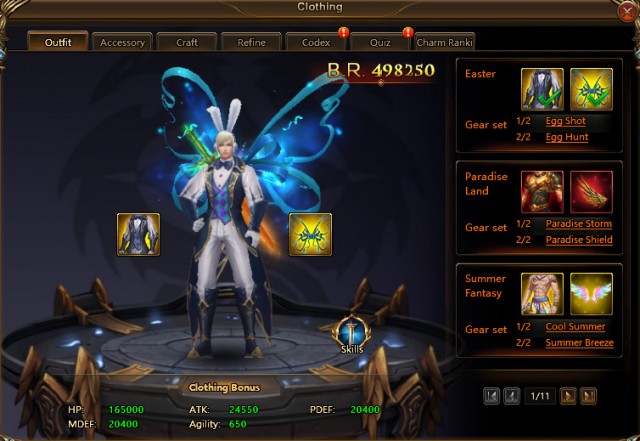 New Easter Suit – Put on the Magic Rabbit Ears!
Want more festive colors and eggs? Put on our new Easter Suit and you will be surprised! The female’s suit is a sexy one and in lovely colors while the male will be dressed in a neat swallow-tailed coat, which will make you look handsome and elegant. Both the female and male’s Easter suits include the adorable rabbit ears and wings made from colorful ribbons! Hold on, but where is the Easter Eggs? Look at the GIF and learn about the two suit skills!

New Soul Arm – Scorner
Here comes the Scorner, another perfect arm to make your squad more powerful and help you to create new legend on Sapphire! As an Artifact Soul Arm, Scorner provides you with the power to slam your army with high damage and debuff, help you to achieve glorious victory in battle. 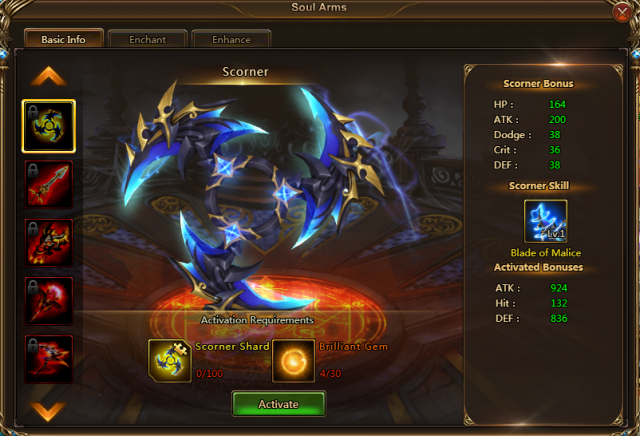 Blade of Malice
Deal 224% ATK DMG to all enemies and reduce the healing they receive by 10% until the end of battle.

At the same time, GTarcade Mini Client's Points Store will roll out two limited-time gift packs, namely, Easter Clothing Resource Gift Pack and Easter Soul Arms Resource Gift Pack. Gift packs contain upgrade resources for clothing and Soul Arms, respectively. The price for each pack is 2000 Points and a max of 10 can be exchanged for by each person during the event.
Gift Packs will become available in the Points Store from Mar 28 to Apr 1. Stay tuned!
GTarcade’s mini client official download link:>>http://www.gtarcade.com/en/micro/download?game_id=160

Keen to the new Easter Suit and Soul Arm? Play League of Angels II during Mar 28th to Apr 1st, join the Single-Server Resource Tycoon and the Easter event to put them in your bag! Have a good time in League of Angels II! Happy Easter!

Last：Celebrate the Second Anniversary of League of Angels II!