Father’s Day is just around the corner! The LOA II Team wish all these super heroes a happy Daddy’s day! From June 15th to June 19th, players can join the special Father’s Day Carnival to gain the new clothing – Paws of Fury!

New Clothing – Paws of Fury
Even if looks fluffy, the cat still has fierce temper. Based on the prototype of cats, League of Angels II is going to release a new set of clothing called Paws of Fury in this week. The male’s suit is based on the Eurasian Lynx – a medium-sized wild cat who is a good hunter, while the female’s suit is based on the Persian Cat – a long-haired cat who has a pretty face and elegant temperament.

Paws of Fury is an Artifact suit that includes two parts - Outfit and Wings, collect 1 part to activate 1 skill and 2 to activate both skills: 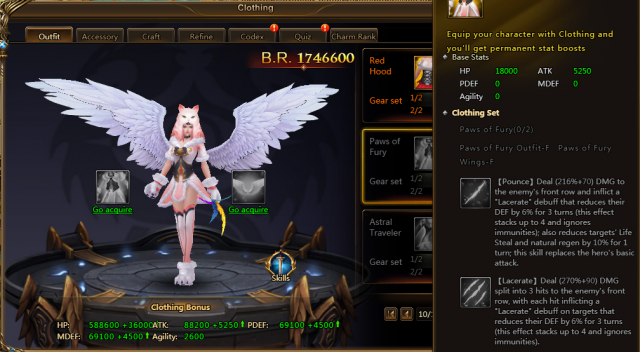 World Cup Special Event
The 2018 World Cup is fast approaching! Soccer fans across the globe are getting ready to celebrate this historic sporting event. As a result, LOA II are also preparing a special event which takes place during the FIFA World Cup 2018! 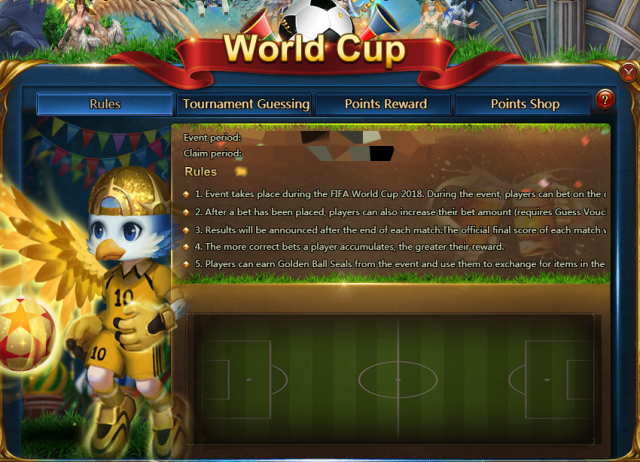 During the event, players can bet on the outcome of each World Cup match before the tournament starts. If predict the correct outcomes, the player will earn great prizes in game! And of course the more correct bets the player accumulates, the greater their reward!

Don’t miss the Father’s Day Carnival from June 15th to June 19th if you like the new suit – Paws of Fury, and stay tuned for more details of the coming World Cup event! Enjoy the game!