League of Angels II will add three new languages Turkish, Poland and Italian into its multi-language version on July. 26th, meaning there will be a total of 10 languages supported in game! Along with the language update, new clothing set Beach Party will be available in the Angel’s Carnival event from July 27th to 31st, accompanied by other various bonus events.

As an epic free to play fantasy MMORPG, League of Angels II has drawn millions of players around the world to the land of the Angels. After successfully running a multi-language version since the early stage, now League of Angels II team is excited to continue expanding the number of languages available to players.

To celebrate the language update, new clothing set Beach Party will be released to give characters a sizzling summer look, as well as cool new abilities. Let's take a closer look at the outfit.

Beach Party is an Artifact suit made up of two parts - Outfit and Wings. Collect 1 part to activate 1 skill and 2 to activate both skills: 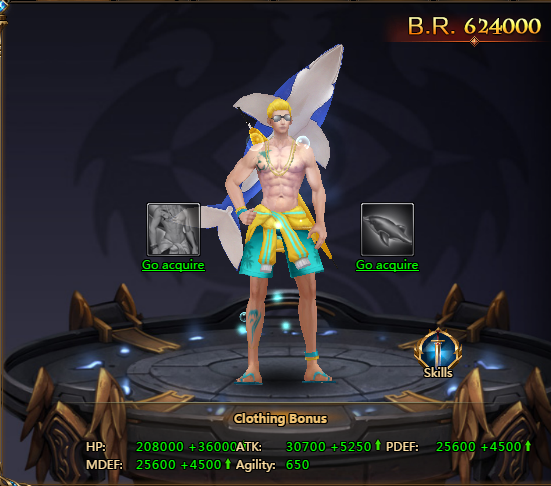 Deal (230%+8580) DMG to all enemies; apply a shield equal to 35% of the damage to self and the ally with the lowest HP that lasts until the end of battle (shield does not stack); this skill replaces your basic attack.

Excited to try it on? Play League of Angels II from July 27th to 31st and join Angel’s Carnival to claim it! Meanwhile, several bonus events will be held to celebrate the launch of new languages for all players. Stay tuned and have a great time playing LOA II!