The rise and fall of the Elven civilization taught the world one thing: It is easy to deceive the people, but oppression only leads to a destructive end.The Elves is but a shadow of its former self, they have lost people, land and even their gods...

Since the Elves switched side during the Chaos Wars, they were punished after the conflict and was banished from their lands. Elf King Harington created the“New World Project”to solidify his rule. He led his army into Orc territory, enslaving them and creating a new Elf Kingdom.After 3 years of war, the Orcs were either killed or banished, the rest became slaves, forced to build shrines, temples and castles for the Elves on Orc land. Their slavery will last 6 decades.

A force to be reckoned with, the Elves were inevitably involved in the struggle for power and dominance. At the time of the Divine Fissure they joined the Celestial Kingdom. Led by their new leader, the Elves have yet to see whether they joined the right faction. 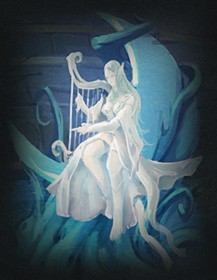 After experiencing“Chaos Wars”and“New World Project”, the Elves fell from power; even their gods abandoned them. Shrines fell into ruin, clerics left the altar, only Thera was left.To seek the old god's favor once more, Thera set off on a pilgrimage. One the way, her mercy and forgiveness stopped many conflicts, restoring peace wherever she goes. The gods were moved by what Thera accomplished and decided to return to Sapphire, bringing salvation to the Elves.Thera on the other hand was granted the position of keeper of the Lunar Shrine, holy sanctuary of the Elves. 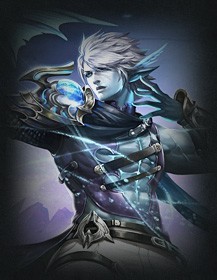 Heir to Elf King Harington and the only student of Quaker, Penn became the new leader of the Elves. Having discovered that his beloved Elf King was framed by Humans, Penn joined the mysterious organization 'Veil' to find out the culprit. By night, Penn takes his trusty bow“Plume Fall”and goes on the hunt as the feared assassin——Chimera. Mystery surrounds Penn's motivation for joining the League of Angels, to fight against evil or to exact revenge, no one knows...