Nether Realm is a barren wasteland to the West of Sapphire and separated by the untraversable River Styx. When creatures die, their soul pass into the Nether Realm. But some powerful heroes have escaped the control of Hades...

Hades is the lord of the Nether Realm. Hades was the mastermind of many evil plans. He has the power to control the Undead and corrupt all souls. Only one person has ever survived an encounter with Hades, and now the world knows that Hades is a woman.

In the later stages of the Chaos Wars, Hades's plan to use the Eternal Crown to defeat the Humans back fired. Gissing used a shard of Hades's soul in the crown to forge a binding contract known as“Nether Convenant”——一should Hades cross the Nether Realm, his time would be frozen and live the day he crossed the Realm in a loop. Furious as he is, Hades had no answer to Gissing's contract and had to submit to his fate.

As Hades loses control, powerful Undeads began to regain their Freedom. Now heroes desiring to do good, they serve the Angels with utter loyalty in seek of redemption.

However, Hades has another machination planned. She sent Deathlord to free the Prime Evils, once more reaching her evil grasp towards Sapphire... 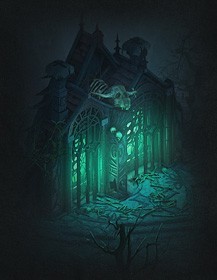 Palmer was once a great Human king, but in death he was turned into the King O'Bones by Hades to command the Undead army. Luckily, with the help of the Angels, Palmer got rid of Hades's control. He recruited all the Undead who want to oppose Hades and created the Apocalypse Legion to shatter the plans of Hades. Fighting evil with evil, his immortality makes him a fearsome warrior on the battle field. 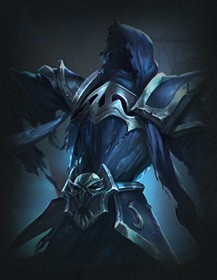 King Freeman was cursed by the Eternal Crown and committed countless transgressions against creatures of Sapphire. He was killed by his own son who could no longer stand the wrongs done by Freeman. The spirit of Freeman felt remorse and regret, picking up his sword, he began his road of redemption as the Dark Tyrant.