The final phase of the experiment took place in a secret facility in Astral City and oversaw by Loki,his assistant Ella and Huxley. When a cylinder made with Darkiron and crystal rose from the floor holding a near-death Angel, Ella and Huxley were stunned. Loki explained that the only way to achieve the target result is to directly draw power from an Angel, who he captured when she was wounded during the War.

In the face of limitless power, Huxley ignored his better judgement and chose to continue the experiment. However, Ella could not standby idle, she contacted her lover and Captain of Royale Guard Quaker to come and stop the experiment.

Quaker could not wait for the Royal Guard to mobilize, rushing into the lab, he saw that the experiment was already underway. Loki and Quaker enganged in combat, Huxley removed himself quietly from the lab. The fighting unstabalized the machines which set off an explosion of the Angel's power core. Astral City was consumed by the void space created by the explosion.

Only 4 people survied the explosion, each affected in their own ways.Loki became the Arcane Spirit, imprisoned by the Angels for his transgressions. Ella and Quaker became Blazing Soul and Astral Hunter, although both immortal, they could never touch each other again. Huxley was turned into a slow moving giant, chained to the pillar Star Fall, he was forced to guard the gate to the Void Space till the end of time.

This is how the story of the Aberrants begins... 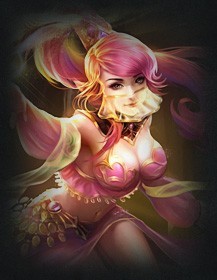 Aishah is a legendary thief that takes from the rich and gives to the poor, Loki employed her to enter the Void Rift to steal a mysterious flame. During the handoff Loki tried to take the lamp that Aishah used to keep the flame. At that moment, a bright light shot out of the lamp, engulfing Aishah, when the light faded, she had disappeared. When Aishah woke up, she discovered her new ability to vanish at will and her powerful ability to heal. She set out to find more people with special powers like her... 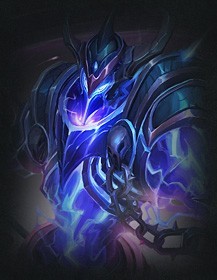 Loki is the Time Keeper Gissing's great grandson. From a young age he has been curious about magic and science, Loki has always believed the two be connected. Loki's fervor got out of hand as time goes on. Gissing made Hela his student due to Loki's dangerous tendancies. This was a heavy blow to Loki, who dived into his research with more passion so that he can prove Gissing wrong.