First X-Server Domination Starts Tomorrow! Warriors, are you ready? Hurry up to strengthen your squad and make sufficient preparation for this event. Now let's take a preview of the competition system and rules. 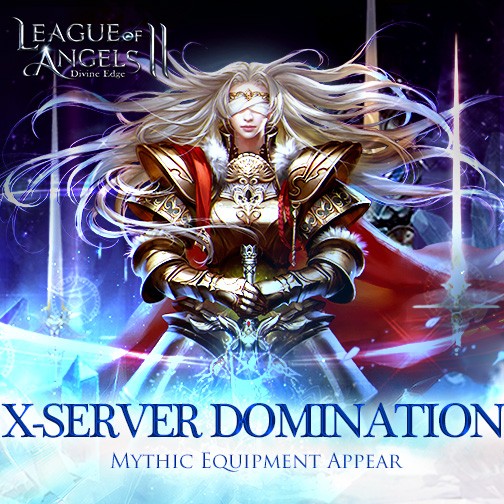 Requirement:  Level 55 and above

This time there will be 8 x-server zones, which are divided according to time zone, launching time of servers. Each zone runs independently. 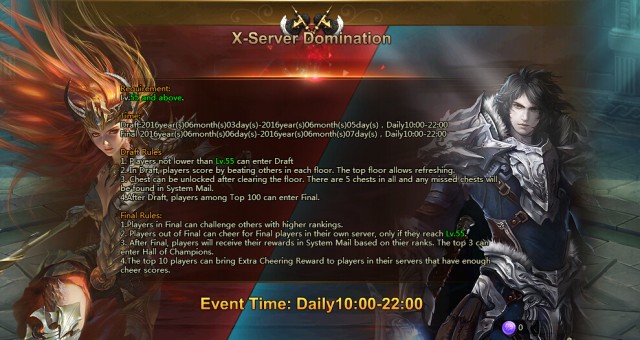 1. Players not lower than 55 can enter Draft

2. In Draft, players score by beating others in each floor. There are 5 floors in all. The top floor allows refreshing.

3. Chest can be unlocked after clearing the floor. There are 5 chests in all and any missed chests will be found in System Mail.

4. After Draft, players among Top 100 can enter Final.

1. Players in Final can challenge others with higher rankings.

2. Players out of Final can cheer for Final players in their own server, only if they reach level 55.

3. After Final, players will receive their rewards in System Mail based on thier ranks. The top 3 can enter Hall of Champions.

4. The top 10 players can bring Extra Cheering Reward to players in their servers that have enough cheer scores.

1. Players will get Totem and Score after each battle. Totem can be used to exchange items in Totem Shop, and Score decides players’ rank.