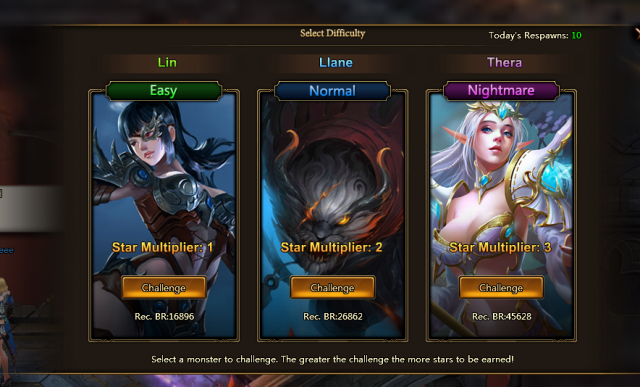 * Each stage has mobs of 3 different difficulties, each of which gives a 3x, 2x and 1x Star Multiplier from high to low.

* Player gets a base rating depends on the turns a battle takes.

* Stars can be redeemed for buffs.

* Each player has 3 requests to ask for aid from their friends.

* Stats of the selected friend will be applied for battle.

* Each friend can only be requested once.

* From Abyss, the player can obtain Pitchforks, which can be used in Abyss Shop to redeem equipment shards.

* Taking part in challenges every day can earn star ranking. The player may redeem Abyss Ranking Rewards by the ranking.