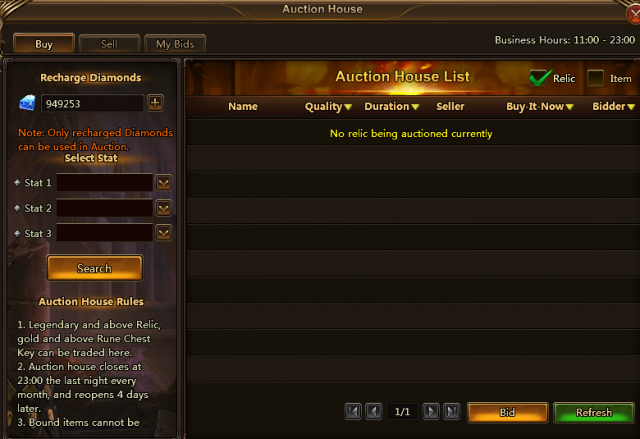 [Gameplay Access] Click on the "Auction" right below the small map on the higher right corner of the screen.

* Legendary and above Relic, Rune and some other items can be traded here. Players can bid and trade freely.

* Auction is an X-server system. Players from the same X-server Zone can trade with each other.

* Only recharged diamonds can be used in Auction.

* Each bid increase the previous price by 5%.

* Players can search for Relic that enjoys corresponding stats in the search box on the left.

* Players can set auto-bid so that you do not need to stare at Auction all the time.

* Only unbound Relic can be traded in Auction. Once Relic has been enhanced/socketed/equiped, this Relic became bound and nontradable.