New featue Ally cultivation comes to boost your battle rating. This new feature is added in Squad. Players can activate ally power by cultivating ally heroes when the squad has six allies.

Entry: From Squad Panel, click on the Ally icon on the left. Ally Cultivation icon is located on the higher right corner. 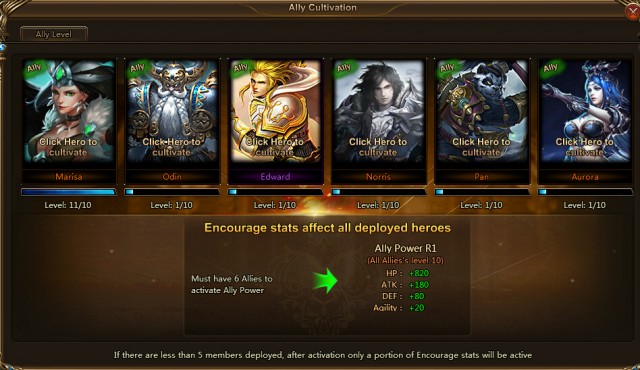 Details: Level up your allies to earn a great Ally Power!

- When the level of all 6 Allies reach a multiple of 10, Ally Power will be activated and give all of your deployed heroes a large stat bonus.

- Upgrading and Augmenting Allies are useless in Ally Cultivation currently.